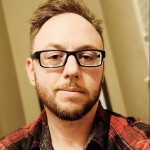 Everyone at the Pinball Network is excited to bring the pinball community a critic’s choice style of awards show titled the Pinball Industry Awards (PIAs). It is our goal to create an awards organization where the recipients of the awards would be determined by The Pinball Industry Awards Judging Panel, rather than determined by a popular vote. The judges will be comprised of pre-vetted pinball hobbyist media such as podcasters, streamers, video creators, writers, etc. In the effort for transparency, all judges, nominations, and vote tallies will be public.

The PIA Governing Committee will vet each applicant around the eligibility requirements. All Judges will be identified by name and organization publicly on this site to ensure transparency of the judging pool, but their final votes will be kept confidential. Once a person qualifies as a PIA Judging Panel Judge and voting begins, they will receive the secure online voting ballot via email where they will vote for their Category Award choices

Are you a Pinball Hobbyist Media Personality? Would you like to be a member of the Pinball Industry Awards Judging Panel? Swing on over to thepinballindustryawards.com, review the eligibility criteria and fill out your judging application.

For more information check out the FAQ on thepinballindustryawards.com

Annually, The Pinball Industry Awards Governing Committee will induct pinball machines (not individuals or design teams), voted on by the pinball community to the Pinball Machine Hall of Fame. Votes will be accepted until January 6th, 2021, 12:00PM ET

A public ballot for anyone in the Pinball Hobbyist Community is available at thepinballindustryawards.com. Got vote for your favorite pinball machines from each decade!